The Mughals created jewels such as the Taj Mahal and Fatehpur Sikri,the Rajputs built enviable forts and palaces and the Cholas, Pandyas and Pallavas built magnificent temples down south. Apart from being just places of worship for Hindus, temples are energy centres where individuals can absorb energy from and are today celebrated as architectural wonders. I had the opportunity of visiting a lot of ancient temples during my short tour down south and the grandeur of each structure is sure to take one’s breath away!

My first stop was the beautiful Ekambareswarar temple located in the district of Kanchipuram. This temple has one of the tallest gopurams in South India. 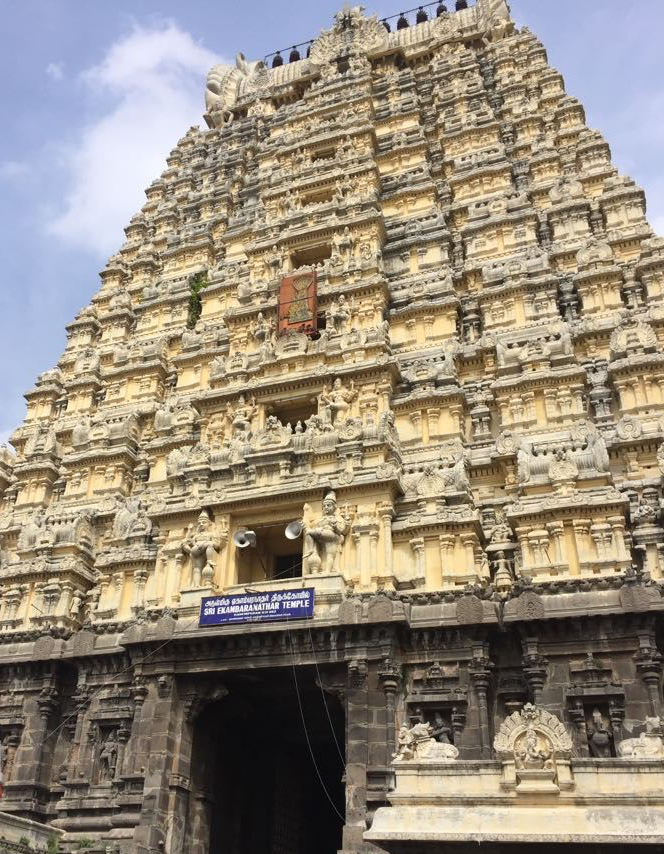 One common feature in every Hindu place of worship is the Gopuram – a trapezium shaped tower like structure which indicates the entrance of the temple. These gopurams are very ornate and the precision with which the sculptors have carved on them to perfection is indeed praiseworthy.

Another hallmark feature in temples down south is the presence of a Kolam – or a temple tank. The water in most temples is crystal clear, however most temples don’t allow devotees to touch the water. 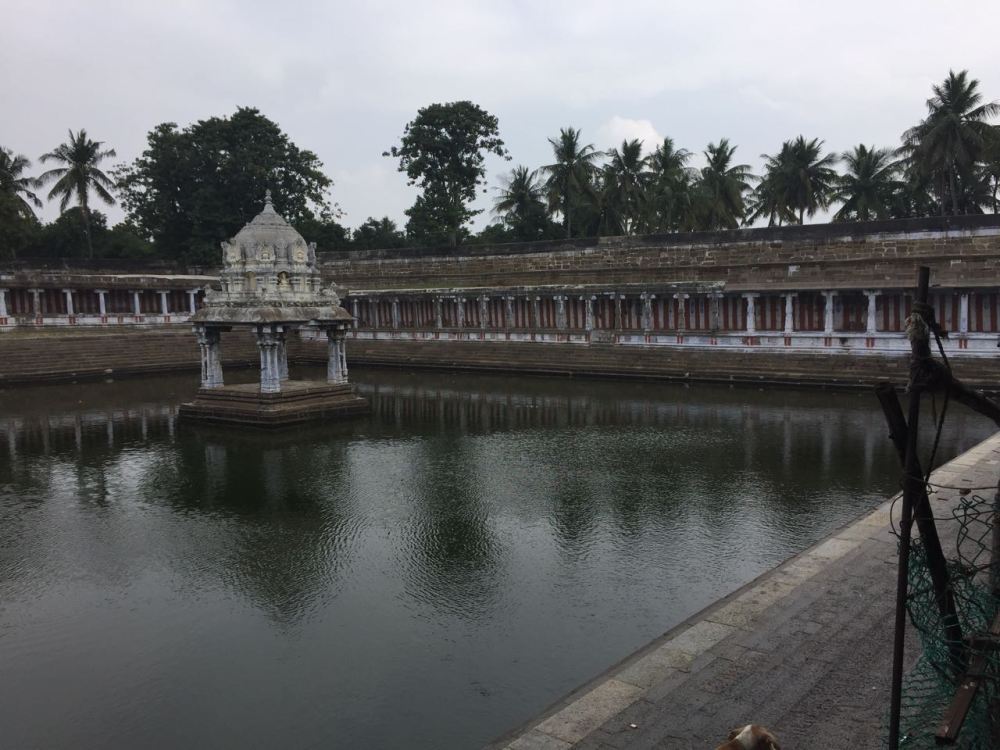 The symmetric hallways with identical pillars only proves that mathematicians and artists existed from so many thousands of years ago in India too. 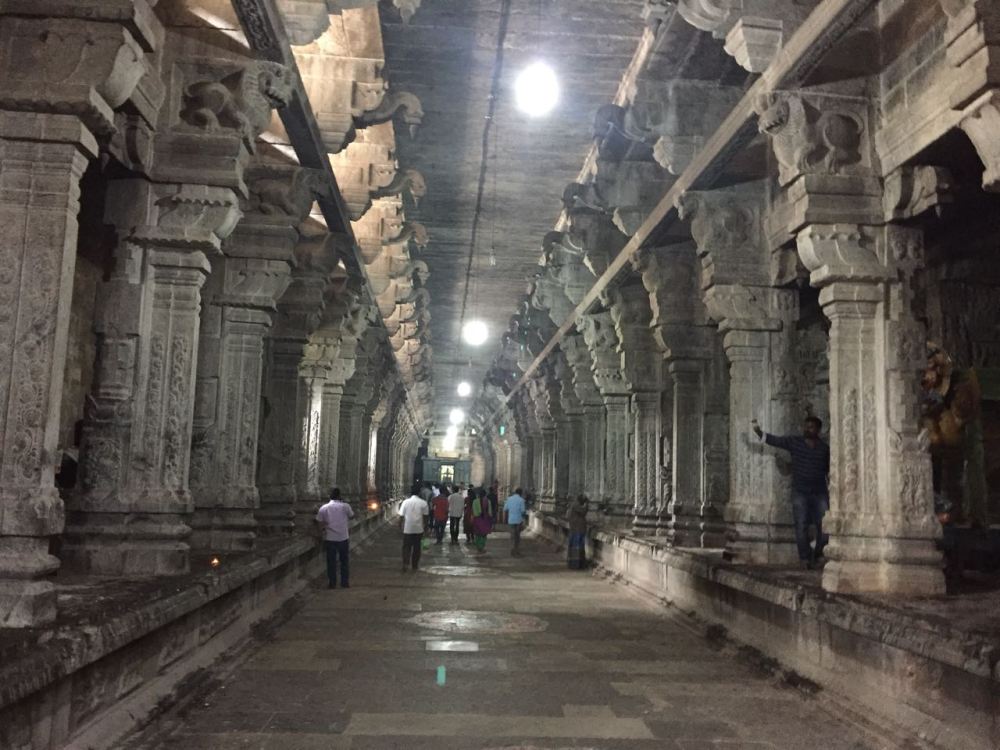 Second stop : the famous temple at Kancheepuram. Apart from the world famous kancheepuram saris , this district is popular for the many temples it houses. The Kamakshi temple is one of the most famous. Below is a picture of its grand Gopuram. Apart from signifying temple entrances, they acted as landmarks in ancient times. 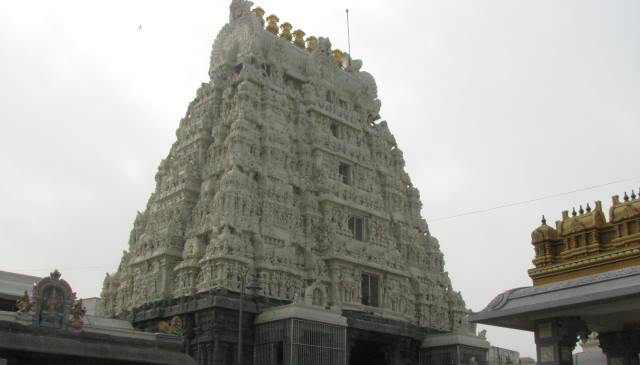 Stop 3 – Situated at a distance of about 630 kms from chennai is the district of Tirunelveli which was once upon a time regarded as the Oxford of Tamil Nadu. This town is a popular pilgrimage centre and has several temples inside and around. One such temple is that of the Nellaiappar temple. The beautiful gopuram was one of the most colourful ones  in the trip!Each gopuram is unique and is exquisitely decorated with sculptors, carvings and paintings  from varied themes of Hindu mythology. 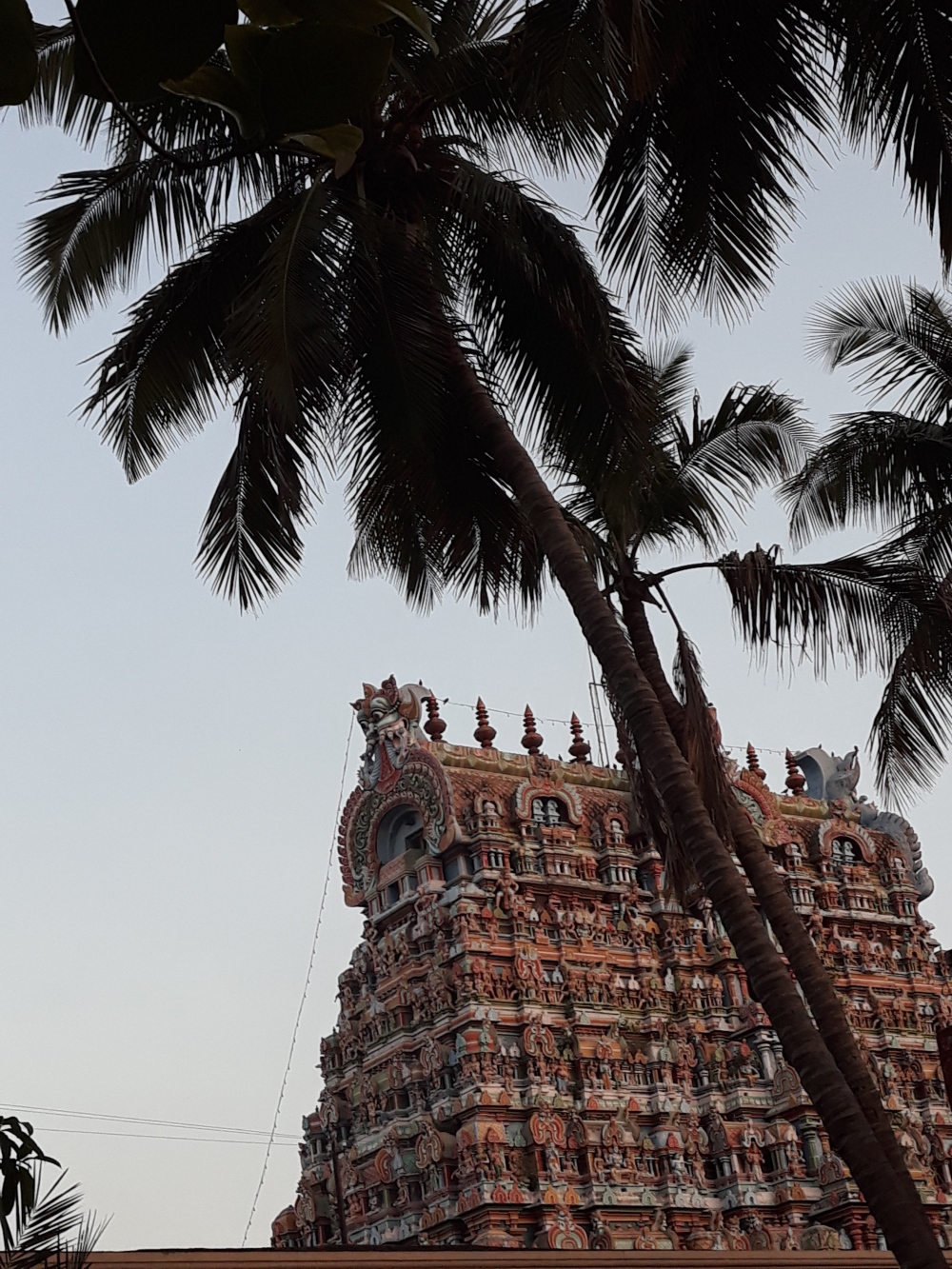 Below is one of the many symmetrical hallways with embellished pillars on either side. 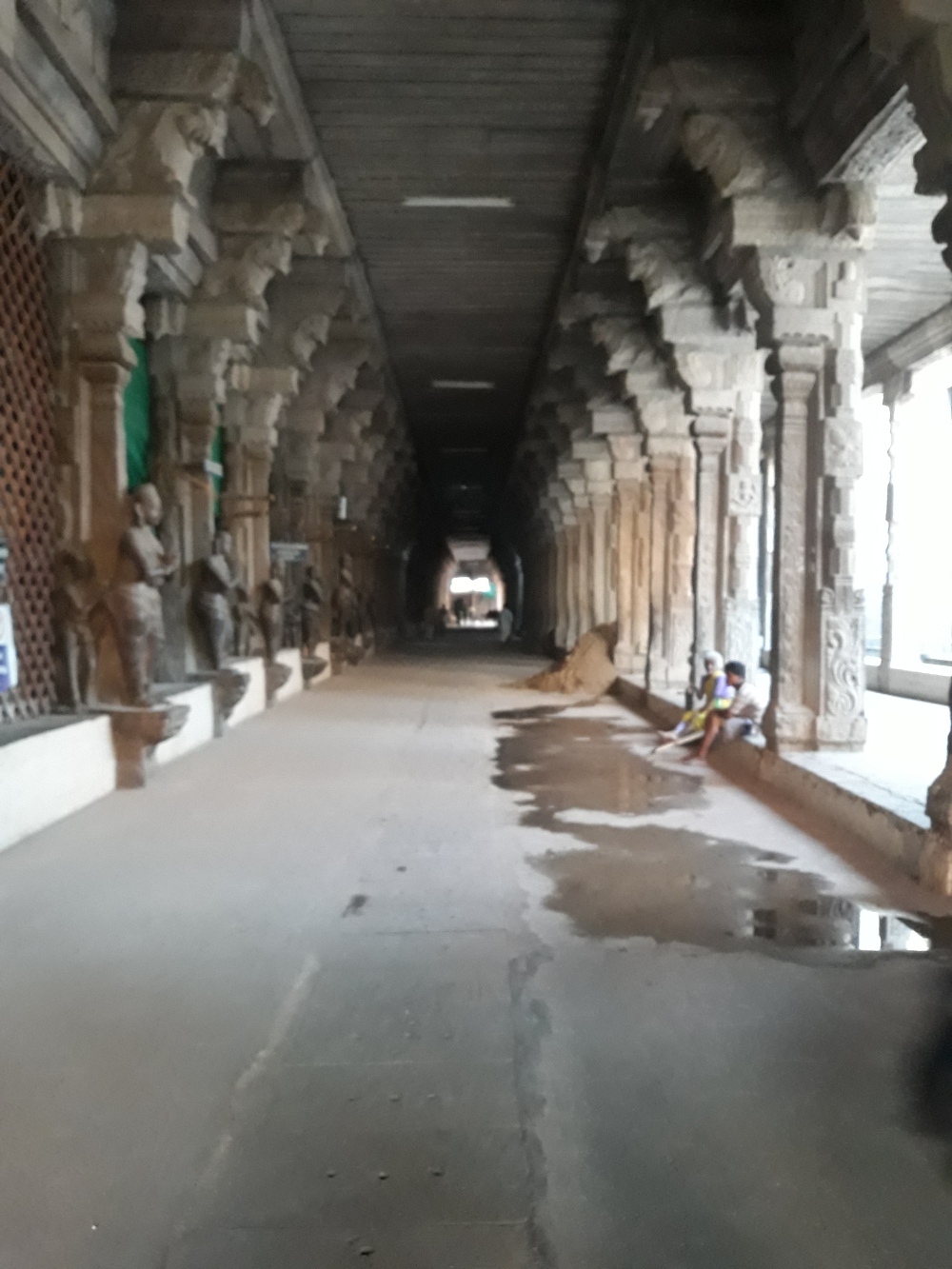 More glimpses from the same Nellaiappar temple. The temple tank and another hallway! 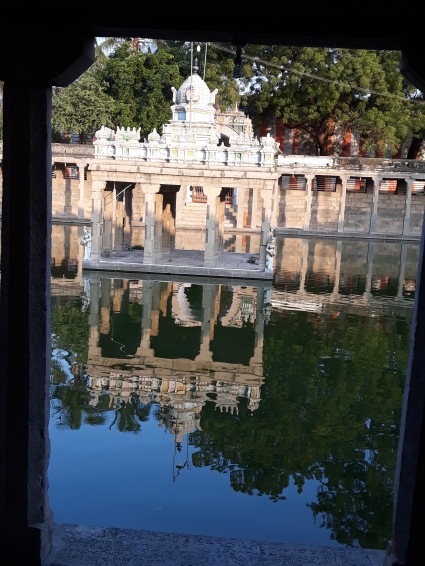 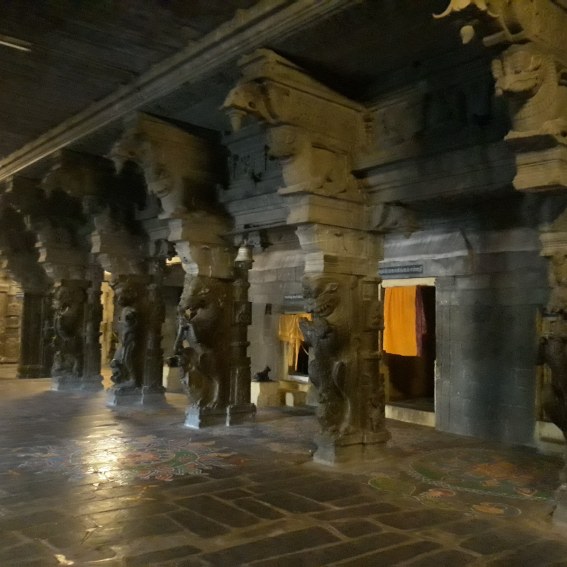 45kms from Tirunelveli  is the famous Agasthiar waterfalls. It is believed that the great sage Agastya meditated in this mountain and hence the waterfalls got its name. The force of the falls is lovely and the water is chill and clean. A dip in the waterfall is a must!! 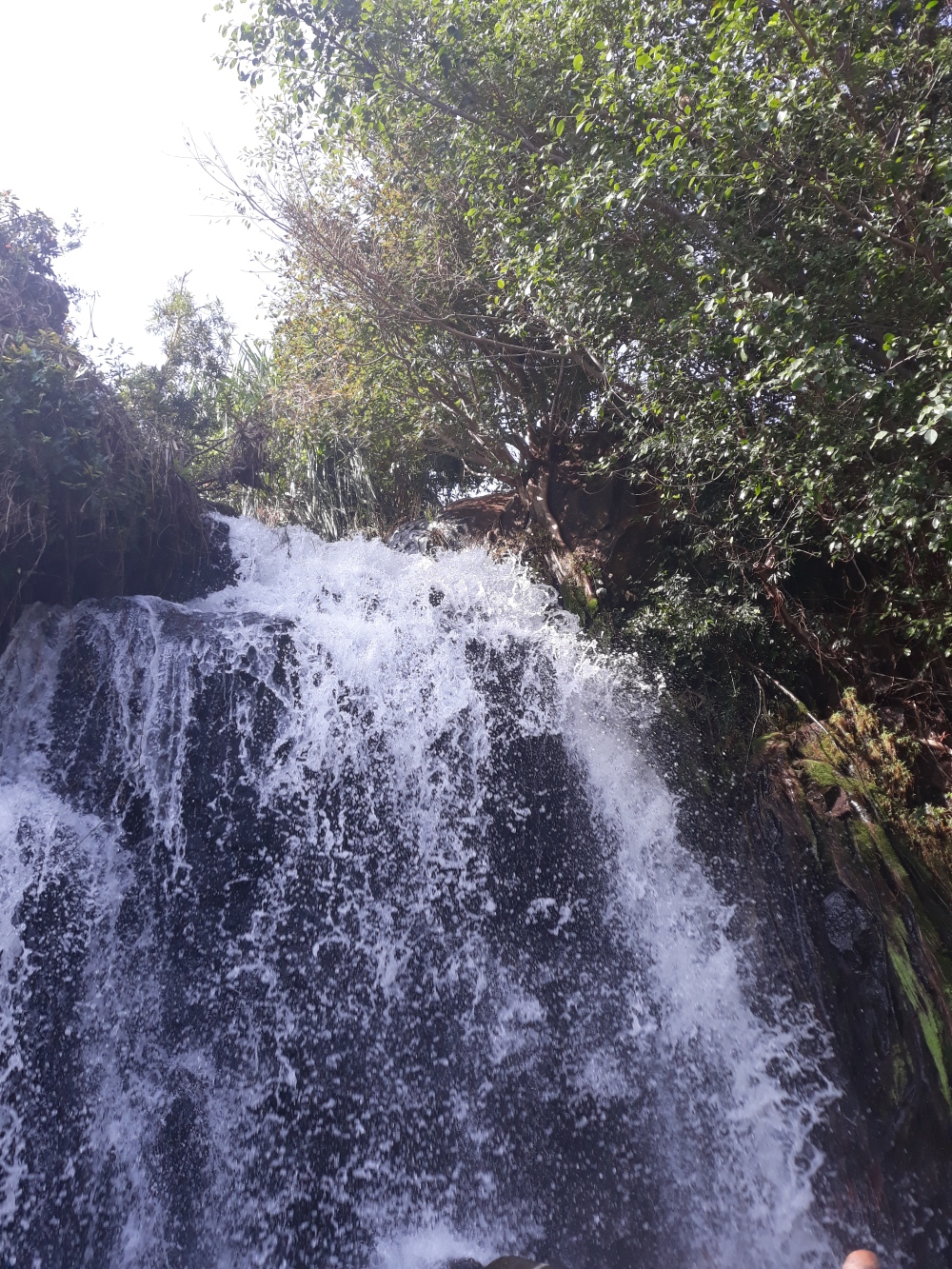 My last stop for the trip was a temple in the holy city of Papanasam. The one thing that attracted me the most in the temple was the ornate doorway. 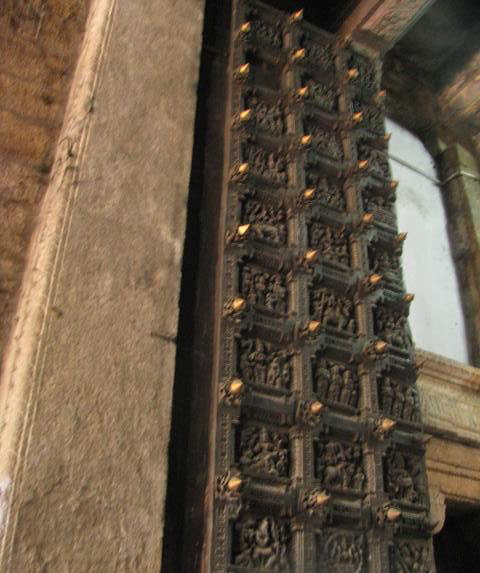 Soaked in history and mythological tales, my short temple trail came to an end. Mind full of memories and head full of historical facts , I returned back home with a silent wish to visit some more such places! 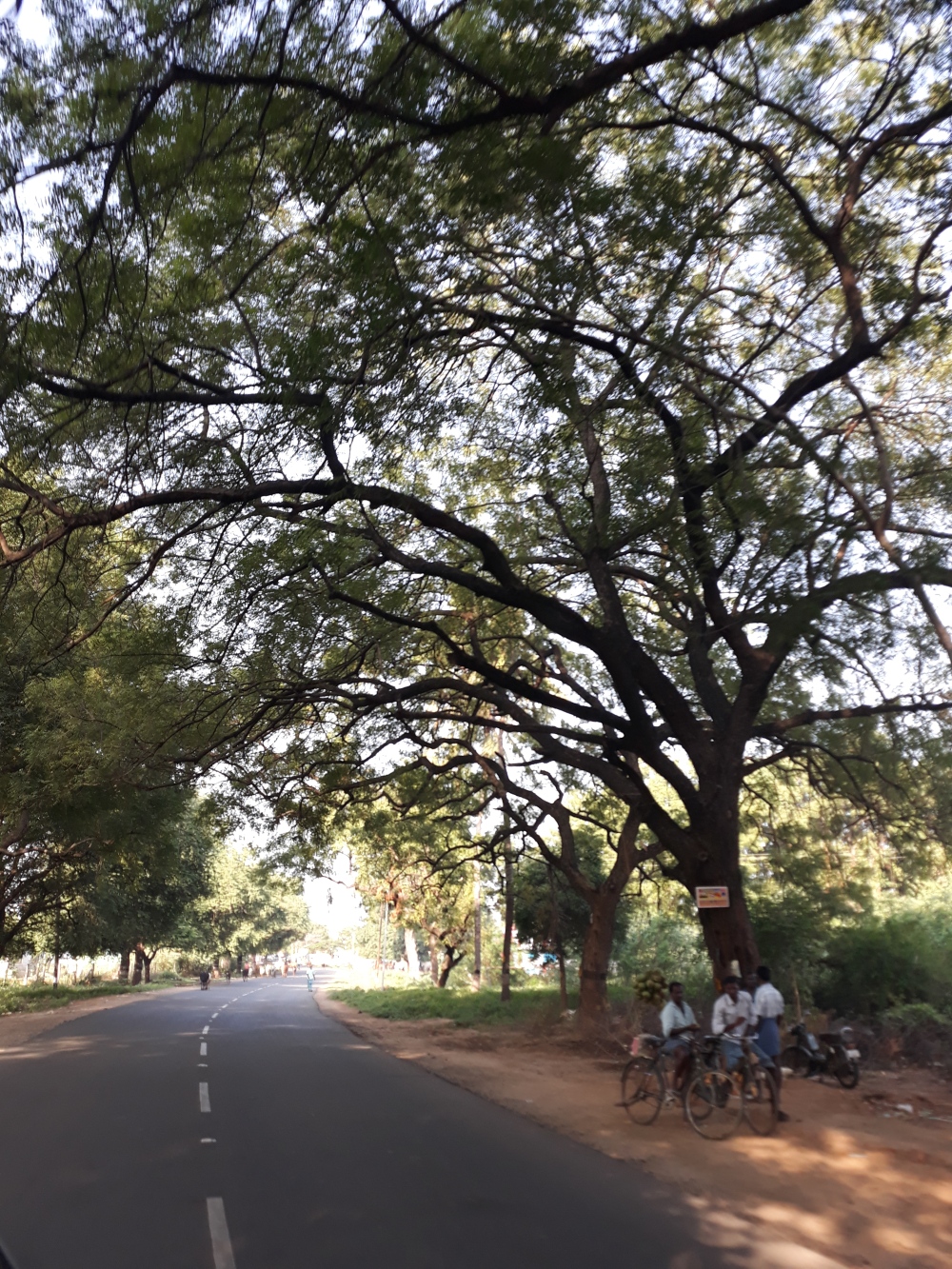